In commemoration of Dr. Seuss's birthday, March 2, schools around the world acknowledge "Seuss month." To celebrate the feats, accomplishments and influence of the lauded cartoonist, author, publisher and animator, here's a list of 5 reasons we KNOW Seuss would be a STEAMPunk if he were with us today.

In discussions of STEAM. too often we get too hung up on granular discussions of hardware and technology. Of course, we LOVE gadgets and computers, but they're not the be-all end-all of STEAMPunking. Seuss used language and verbiage the way a painter uses oils, bending and twisting them to fit his stringent rhyme schemes, or constructing nonce words outright (There's a Wocket in my Pocket!), a true visionary operating on every level of the creative writing process. We salute Seuss for his inventive iterations on the English language and for showing us that writers can mold their verbiage in wubbuluous ways!

Today you are you! That is truer than true! There is no one alive who is you-er than you!

As a prolific author and illustrators, Seuss often showed his penchant for constructing sprawling, cantankerous machines. Riddled with levers, sputtering gear wheels, mechanical limbs and buzzing wheels, tubers and who-zits of every size shape and caliber, this machinery never seemed particularly practical...but that's not that point. It's the visual vocabulary that Seuss establishes with it, the suggestion that, if the idea resides somewhere on the tip of our brain, we can construct it. From the insidious deforestation machinery in The Lorax to the Cat (in the Hat)'s home cleaning device, to this authors personal favorite The Sneetches Star Off/Star On Machine (YouTube video here), the Dr. had an eye for machinery and connecting complicated entities via intuitive design!

Though Seuss is mostly remembered for his career as an author and publisher of children's books, he published over 400 cartoons for the New York Newspaper PM as well. These cartoons were political, with many being published at the height of World War 2. Seuss wasn't afraid to weave larger social commentaries into his books though. While some are easy to pick up on (like the environmental themes in The Lorax) some are a little more obscure. The Cat in the Hat endorses themes surrounding the importance in rebellion in children (!), Yertle the Turtle has been read as allegorical to the rise and fall of Adolf Hitler and The Sneetches addresses racial and religious bigotry. These certainly aren't ALL the metaphor present in Dr. Seuss's catalog, there's plenty more. It's this type of trans-disciplinary approach to art that we as STEAMPunks absolutely love!

As a beloved cultural icon, it should come as little surprise how widely Seuss's world and characters have been adopted in the classroom. What's interesting is just how many of them are math related! Any cursory Google search of "Seuss inspired math activities" will turn up literally thousands. Seussian formulas have even been uses in college courses as iterations on the Quadratic formula. But Seuss hasn't shied away from using numbers in his work. From One Fish, Two Fish down to the thought experiments posited in Oh, The Things You Can Think, we know that Seuss loves math!

Seuss stands in that rare category of creators that have given us gigantic, whimsical worlds to enjoy. The Seuss Universe is one of mirth, a left-of-center quirk and the unspoken reality that everything can (and should!) rattle off with a well-polished rhyme scheme! In our 21st century lives, world building is all around us. From the video games we play to the Netflix dramas we dedicate a weekend to binge-watching: STEAMPunks build worlds in every medium: digital, VR, Literary and many more! 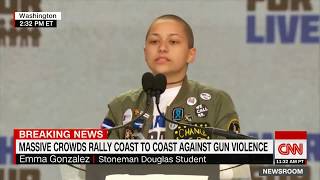